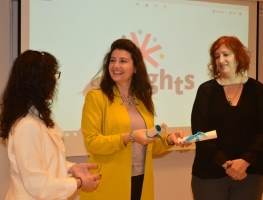 On 3rd November 2018 the 3rd Multiplier Event of the BRIGHTS Project took place in Athens, Greece. The two Greek Partners, HePIS, “Hellenic Professional Informatics Society”, and the Hellenic Open University (HOU), organised a special event to highlight the BRIGHTS training program results and the benefits of Global Citizenship Education (GCE) through digital storytelling, as well as to present to the public the four Greek Digital Stories that participated into the “BRIGHTS Awards: best digital story on Global Citizenship topics” Competition.

The event was full of digital stories, sound and laughter, as several young digital story creators, from 10 to 19 years old, were present to receive their certificates of excellence for their innovative and GCE-oriented stories. Their teachers, from formal and non-formal education, were there as well to celebrate with them and share the challenges they faced as they trained their students about Global Citizenship Education Values and Digital Storytelling Methodology.

During the event, Mr. Faldamis, welcomed the participants and wished even more projects like BRIGHTS to be implemented in Greece. Then, the two National Tutors, Mr. Patselis and Mrs. Skoulaki presented the results of the  BRIGHTS Massive Open Online Course (MOOC) “Addressing Global Citizenship Education through Digital Storytelling”, as well as the BRIGHTS Training Programme to trainers and students. Following their presentation, Mrs. Aspioti, highlighted dissemination and exploitation activities and presented ways of promoting the BRIGHTS project results after its completion.

During the second part, the lights went off, and the four finalist digital stories were presented to the public. Participants were fascinated by the depths of the imagination of the young learners and were moved by their stories’ topics. There were themes about War, about Adoption by Same Gender Couples, about Gender Equality and about Refugees; all given by a more gentle and innocent aspect, the one of a child’s.

As soon as the presentation was over, the silence from retrospect was filled by the voice of the teachers, who were responsible to engage their students into creating digital stories regarding Global Citizenship Education principles. The teachers talked about their challenges and their concerns during the training. However, they all talked about how the children became from passive to active, how even the most “difficult” children became involved and cooperated with their classmates.

But why did this happen? It was because the students were able to express their inner voice and to talked about sensitive subjects using pictures, drawings or even play-doh.

Older students worked with younger as their mentors and helped promoting a supportive network during the whole process. Other groups helped foreign students, who were unable to speak Greek, to read and participate to the story as well. So we believe that the project was successful. What a better way to learn about Global Citizenship Education than implementing its values through cooperation, respect, support, and encouragement to speak your own voice?

And a message from a young student…”this is the opportunity for all grown-ups to learn about Global Citizenship Education and see things differently, because so far they have only seen with their own eyes and their own interests”. 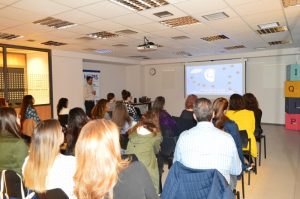 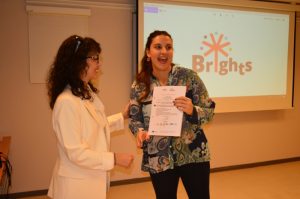 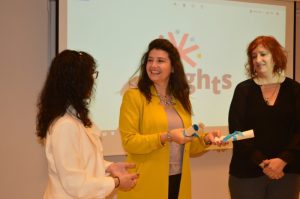 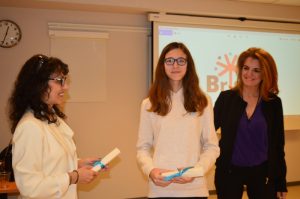 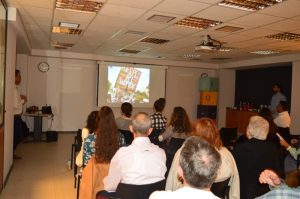 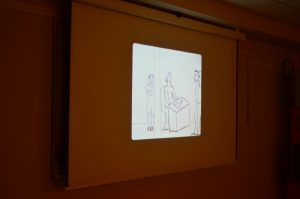 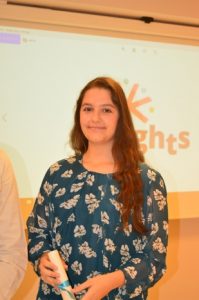