A two-year European project BRIGHTS was wrapped up with an event in Art-kino Croatia in Rijeka attended by representatives of schools, NGOs, local and regional government, parents, grandparents and students that created digital stories on the topics of human rights, cultural diversity, nonviolence and sustainable development.

The BRIGHTS project is financially supported by the European Commission through the Erasmus + program. In the last two years the project was conducted in Belgium, Greece, Italy and Croatia with the aim of promoting Global Citizenship Education in formal and non-formal education through the method of digital storytelling. Teachers, professors, youth workers, and non-formal sector trainers have adopted a project methodology developed by an international partner consortium and then educated more than 1,000 students who have created digital stories. You can view their digital stories on the YouTube channel of the BRIGHTS project. s The public had a chance to view the stories of the Croatian students on the big screen at Art-kino Croatia.

Authors of the best digital stories and their mentors received awards. Fourteen-year-old Kevin Malnar is the author of the best Croatian story “It’s all the same to me…”, where he brings his own vision of life on the Croatian-Slovenian border, which has been divided by a barbed wire since the beginning of the refugee crisis. Kevin’s mentor is professor of Primary School “Petar Zrinski” Čabar Tanja Šebalj-Kocet. Kevin and Tanja together with the team of the Centre of Technical Culture Rijeka, the association that implemented the project in Croatia, participated in October as Croatian representatives at ALL DIGITAL summit, which this year was dedicated to the topic of digital storytelling.

The BRIGHTS international consortium has recognized digital storytelling as an excellent tool for dealing with topics in the area of education for global citizenship because of its simplicity and attractiveness among young people. A digital story is a short form of digital communication that not only allows individuals to exchange their everyday experiences, but also promotes understanding among people of different ethnic or religious backgrounds, beliefs, points out stereotypes, promotes intercultural dialogue and empowers critical thinking, as well as computer and media literacy.

In Croatia the BRIGHTS methodology was embraced by 169 representatives of the non-formal and formal education sector (professors, non-graduate school staff, NGO representatives, trainers …) and over 1200 across Europe. They learned the methodology through the massive online open course “Access to Education for Global Citizenship through Digital storytelling”. The MOOC was awarded in October as the best digital resource for educators in the pan-European network ALL DIGITAL.

Following the successful completion of the massive online open course, participants were given the opportunity to join the practical part of the project, which included a workshop for them and a workshop with young people from 13 to 19 years of age. In Croatia, 26 educators were included in the workshop, which transferred their knowledge to over 300 Croatian young people. Watch and share their digital stories here!

Educators Mirjana Jerković and Ivana Kovač, professors of Primary School “Tin Ujević” Osijek, shared their experience of participating in the BRIGHTS project and the practical application of the BRIGHT methodology with the young people. They emphasized that despite the poor equipment of the school and the end of the school year, they managed to hold workshops with students who had no problems embracing the methodology and making their digital stories. They are going to continue to use the methodology, and in this school year we can expect new digital stories from Osijek.

The methodology was praised by the employees of the Department of Education of the City of Rijeka, Lana Golob and Mirela Pašić, who stated that it can easily applied to the teaching methods of Civic Education. They presented the Rijeka model of civic education that is expanding over Croatia and once again emphasized that the themes and approaches that encourage tolerance, nonviolence, and understanding of diversity today are extremely needed for Croatian society.

The event “Students – Global citizens” was held as part of the Global Education Week (19th-25th November 2018). If you are interested in education for global citizenship, we invite you to join the first European community that brings together experts, practitioners and others interested in the topic on the Unite-IT platform, which was also developed through the BRIGHTS project. 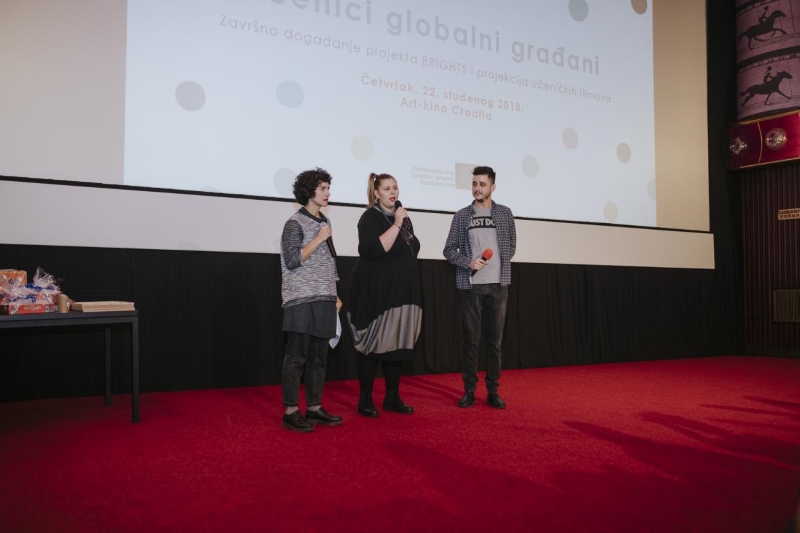 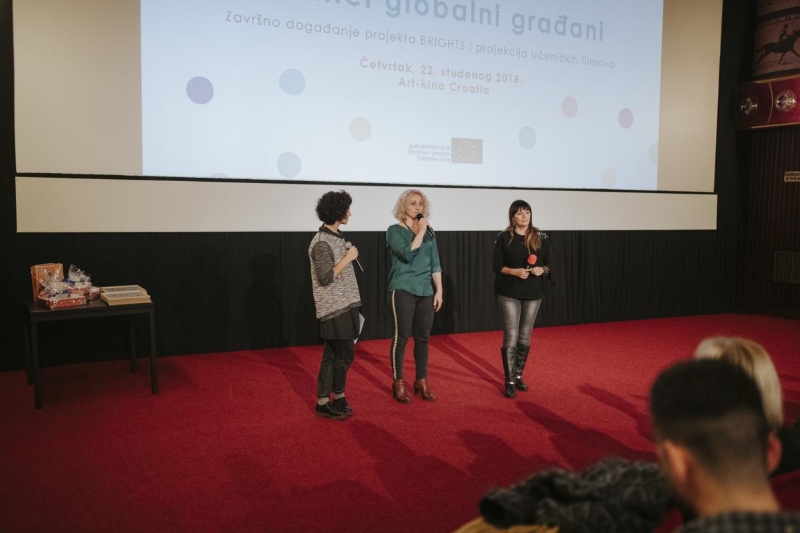